Cannabinoids work on CB2 receptors to reduce pain and inflammation of arthritis.

Recent studies indicate medical cannabis eases the pain and inflammation of rheumatoid arthritis (RA) and osteoarthritis (OA). Cannabinoids, like THC and CBD, are anti-inflammatory agents that reduce swelling and inflammation in the joints of arthritic patients. Additionally, there have been increasing numbers of laboratory studies performed on cells (in vitro) and in animals (in vivo) that suggest cannabinoids may also have a therapeutic benefit for the arthritic inflammation of RA and OA.

In RA, inflammation of the joint tissue causes abnormal growth of cells called Fibroblastlike Synoviocytes (FLSs). These cells produce a large number of pro-inflammatory proteins, or cytokines, and matrix metalloproteases (MMPs). The cytokines frequently studied in the progression of RA are: interleukins (IL) (like IL-1, IL-6, and IL-8) and tumor necrosis factor (TNF-α).

The increased numbers of cytokines trigger an autoimmune response. Immune cells, in particular T-cells, then enter into the joint. These immune cells produce even more pro-inflammatory cytokines, resulting in an increasing of the inflammation. As a result, the joint begins to break down because the immune response increases the formation of osteoclasts. These are special cells that break down and absorb bone.

CB2 Receptors and the Inflammatory Response

Research indicates CB2 receptor activation triggers an anti-inflammatory response. Synthetic cannabinoids designed specifically to bind to the CB2 receptor were able to reduce the production of the pro-inflammatory cytokines and MMPs discussed above. These compounds mute the immune response.​​​​​​​

This study, published in Cannabis and Cannabinoid Research (2016), [1] found that cannabinoids could reduce the damage that occurs in the joints from conditions like arthritis. The breakdown of cartilage is one of the ways arthritis causes such long-lasting, chronic pain. Through this study, researchers showed that cannabinoids could reduce this kind of damage and the inflammation associated with it.

They found that by targeting endocannabinoid receptors present in joint cells, cannabinoids like THC and CBD could provide much-needed therapy to arthritis patients. There is still much work to be done to ascertain how and where cannabinoids can do the most good, and how these receptors are supposed to function in normal and healthy cartilage. However, this kind of research is a stepping stone to further discoveries in cannabis-arthritis therapy.

How to Reduce the Response of Immune Cells

CB2 receptors also play a role in the immune response of RA by influencing T-cells in a variety of ways. For example, cannabinoids binding to the CB2 receptor on T-cells reduced the production of pro-inflammatory cytokines, as they were able to do in FLSs. In addition, cannabinoids promoted a healthy balance of the good (regulatory T-cells, which help suppress inflammation) and the bad (T helper cells, which promote inflammation). The CB2 pathway suppresses stimulation and migration of macrophages, another type of immune cell. These play a destructive role in RA.

Science is finding that CBD may be able to modulate the immune system and keep inflammation at bay. By preventing the immune system from attacking the body, this cannabinoid could potentially help patients suffering from rheumatoid arthritis. But immune suppression isn’t the only way cannabinoids could help. 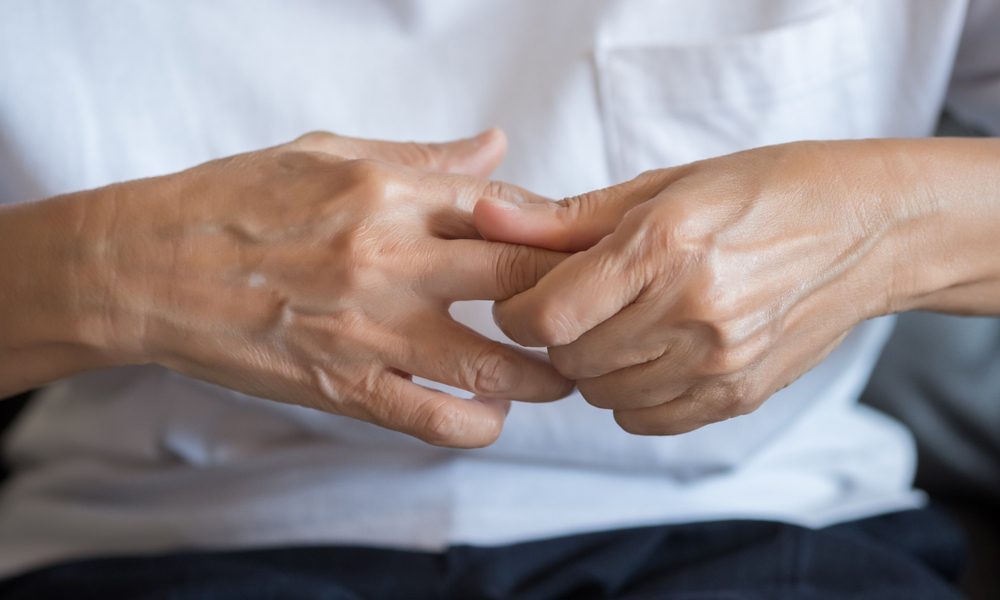 The above study reveals that mice lacking CB2 receptors had increased osteoclast production. Additionally, activating signalling pathways via the CB2 receptor also reduced osteoclast formation. This is likely related to the anti-inflammatory effect, because osteoclasts are derived from macrophages, a type of immune cell. The cytokines and other signals produced in the inflammatory response help to turn macrophages into osteoclasts.

Treatment of arthritis with cannabis could, therefore, help to calm the auto-immune response, reduce the inflammation of the joint, and slow the pace of bone loss and joint destruction in RA and OA. What remains now are human tests, to determine what types of cannabis, and in what concentration, achieve this aim.